Tony Blair: only a complete renewal of Labour will do

Former PM says party has failed too often in elections and must ‘redefine what radical means’Tony Blair says “nothing less than born again head-to-toe renewal will do” for Labour, as members decide who will be the next leader of the party.The... 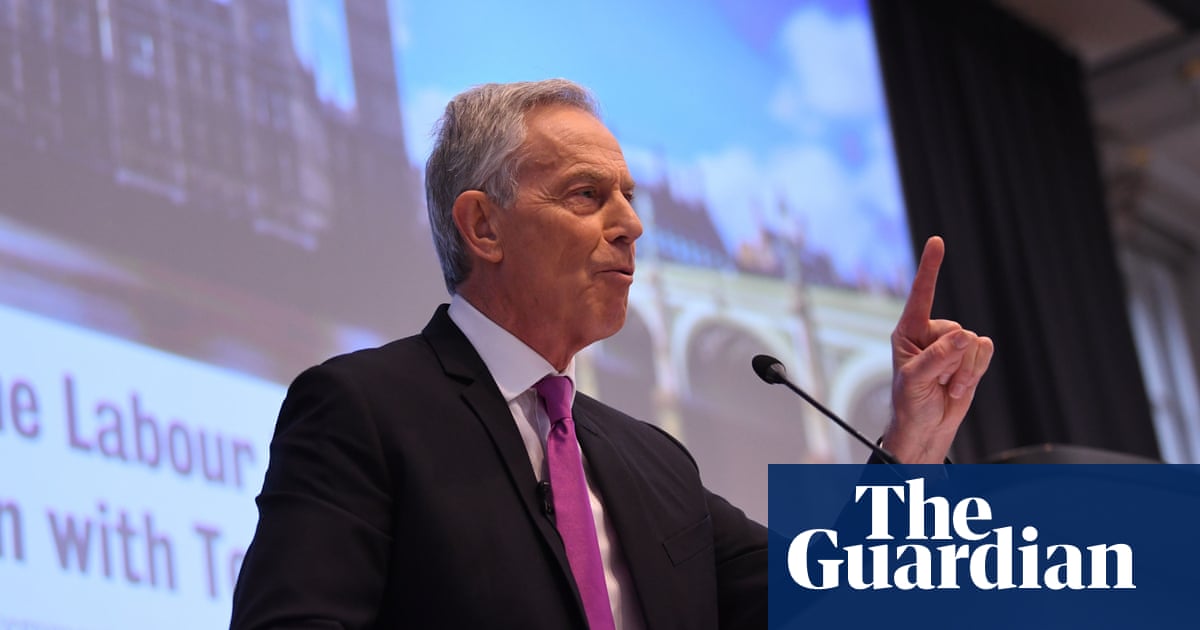 Tony Blair says “nothing less than born again head-to-toe renewal will do” for Labour, as members decide who will be the next leader of the party.

The former prime minister – who led Labour from 1994 to 2007 – warned the party needed to have the “mentality of government” and “redefine what radical means” in a speech to mark the 120th anniversary of the founding of the Labour party.

Rail franchises should be scrapped to end ‘nightmare journeys’

No fans, no media and no goals as Koreas play out World Cup qualifier in empty stadium

PETER PHILLIPS stunned royal fans when he confirmed he has separated from his wife...

Hundreds of dogs were seized from a breeding facility in Florida on Monday by animal...

Jennifer Lopez has been hit with a $150,000 lawsuit by the Splash News and Picture...

Roger Moore's ghost still visits from beyond the grave, his daughter has claimed.

Top US Health Official Pushes Back on Claims He Diverges...

One of the top health officials in the nation pushed back on a notion promoted by...

Wreck of Japanese aircraft carrier sunk in Battle of Midway...

Researchers have discovered the wreck of the Japanese aircraft carrier Kaga 77 years...

Does This Video Show Chuck Schumer Talking to an Invisible...

Fifty injured in attacks on rallies in Iraqi capital this week alone, according...

Petition calls for 'rent holiday' to help support tenants who cannot work or have...