'People are afraid to be Hispanic': Trump visits an angry, grieving El Paso

Many people in the Texas city are outraged about the president’s visit, citing his frequent anti-immigrant rhetoricDonald Trump arrived in El Paso, Texas, on Wednesday afternoon to pay tribute to the victims of one of the deadliest mass shootings... 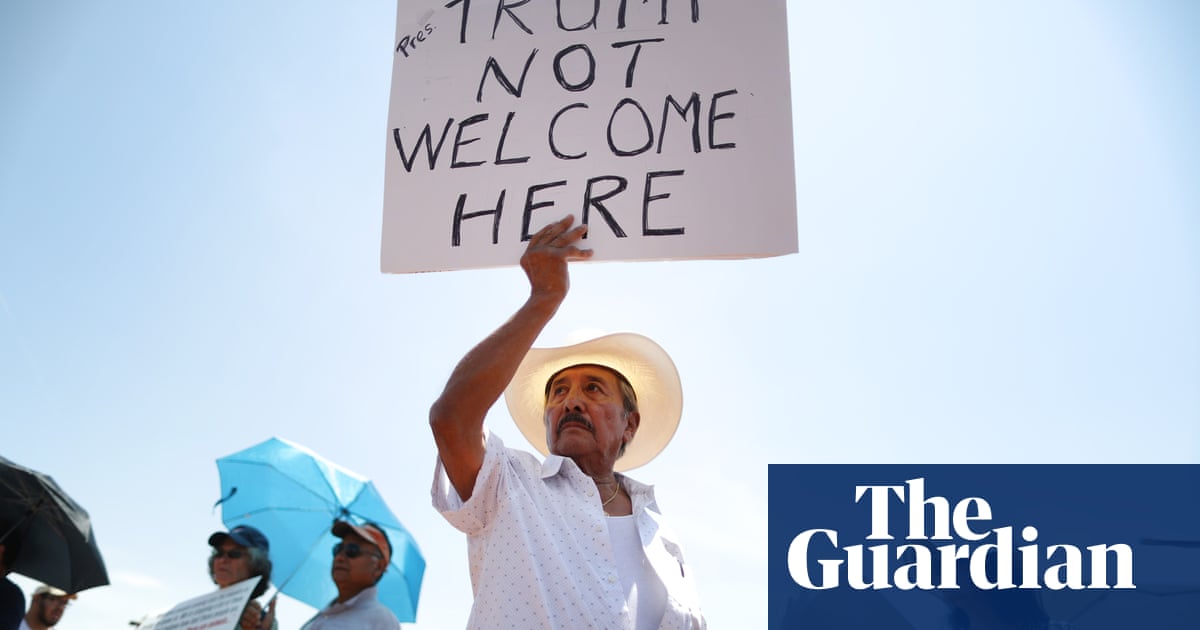 Many people in the Texas city are outraged about the president’s visit, citing his frequent anti-immigrant rhetoric

Donald Trump arrived in El Paso, Texas, on Wednesday afternoon to pay tribute to the victims of one of the deadliest mass shootings in recent US history.

But the president was met with calls to stay away, as hundreds of residents had gathered in the city’s Washington Park, mere streets from the US-Mexico border, to denounce Trump. With much of the president’s own rhetoric reflected in the El Paso shooter’s anti-immigrant and racist manifesto, many felt that the visit was throwing salt into the wound of a binational, largely Latinx community in mourning.

Rosanna Arquette: 'I’m Sorry I Was Born White and Privileged. It Disgusts Me'

Nicky Morgan and Amber Rudd among MPs stepping down

HS2 in doubt: review into whether rail project should proceed

Attorney General William Barr pointed out a drop in violent crime in the United...

After nine years running us into the ground, the Tories...

The Conservative campaign seems to be based on the idea that only they can be trusted...

BEACHGOERS were told to keep out the sea in an Essex town after people were left...

The owners of tourist attraction Daffodil Hill have taken to Facebook to announce...

Connecticut airport crash: At least six injured as B-17...

A World War 2-era plane has crashed and burst into flames while trying to land at...

President criticised for gross hypocrisy after claiming to be friend of Iranian...

The top White House trade adviser says Americans will turn against Democrats for...