Xavier Bettel gesticulates at empty podium as British PM skips press conference amid loud protestsFollow the day’s Brexit developments - liveBoris Johnson has been left humiliated after being forced by anti-Brexit protesters to cancel an appearance... 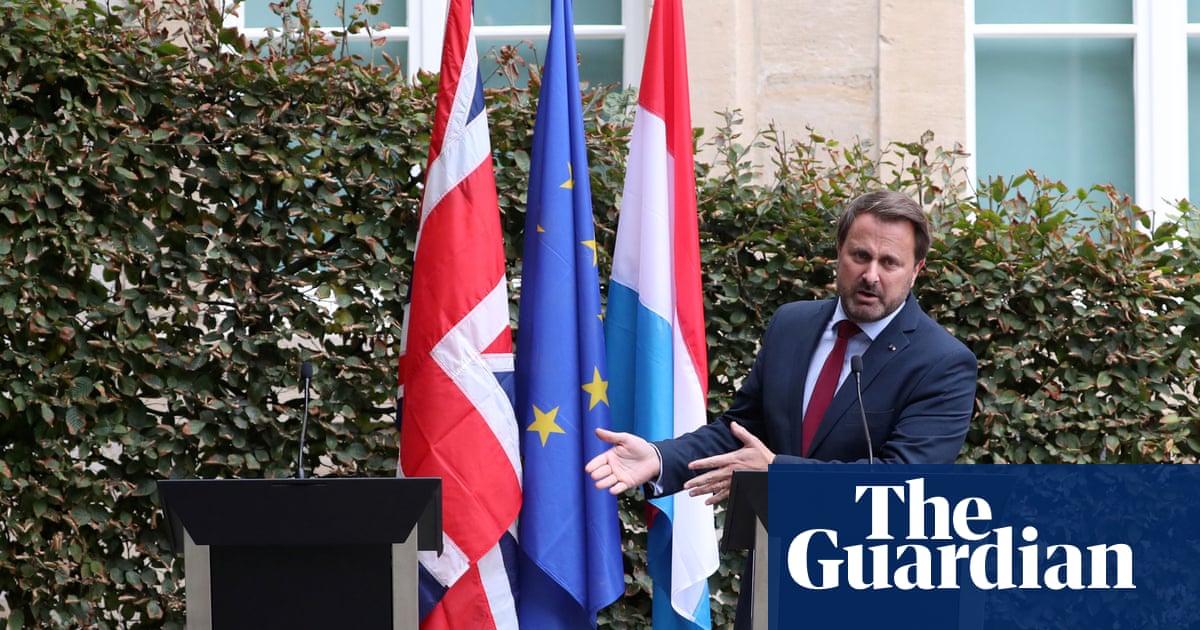 Boris Johnson has been left humiliated after being forced by anti-Brexit protesters to cancel an appearance at a press conference, leaving Luxembourg’s prime minister to lecture and gesticulate at an empty podium about the dangers of the UK prime minister playing politics with people’s lives.

Johnson was booed and jeered as he left a working lunch in Luxembourg with the European commission president, Jean-Claude Juncker, before being forced to abandon plans to speak alongside the country’s prime minister, Xavier Bettel.

Ashes 2019: Fulfilled but unconvincing, Australia leave the series broadly as they...

'There will be chaos once again': Kurds respond to Trump's Syria decision

Trump impeachment: House sets up trial by voting to send articles to Senate

POLICE made nearly 100 arrests on Sunday during the first day of the Notting Hill...

THE global death toll from the coronavirus pandemic has surged beyond 5,000 as dozens...

General Election 2019: The best photos of dogs at polling...

Viral hashtag #dogsaspollingstations returns as Brits cast their votes with the...

Lay off Justin Timberlake, his apology was more than acceptable...

Fidelity can be a challenge when you're constantly on the road. And our mistakes...

MELANIA TRUMP has recently gone viral for her greeting towards Justin Trudeau at...

More than 100,000 cancer cases could be caused by contaminants...

A toxic cocktail of chemicals found in U.S. drinking water could be the cause of...

Justin Trudeau vows to find answers over crash that killed 176 people, including...

JEREMY CORBYN dodged questions on whether he watches the Queen’s speech on Christmas...

Shen Yun Brings Tears, Joy, and a Connection for Photographer

TUCSON, Ariz.—New, unexpected, tear-jerking: that was the experience that photographer...