John McDonnell will not return to shadow cabinet

Shadow chancellor says new Labour leader needs to build broad coalition across UKFollow the latest political news - liveJohn McDonnell has said he will not return to the shadow cabinet after Labour’s worst general election result in a generation.The... 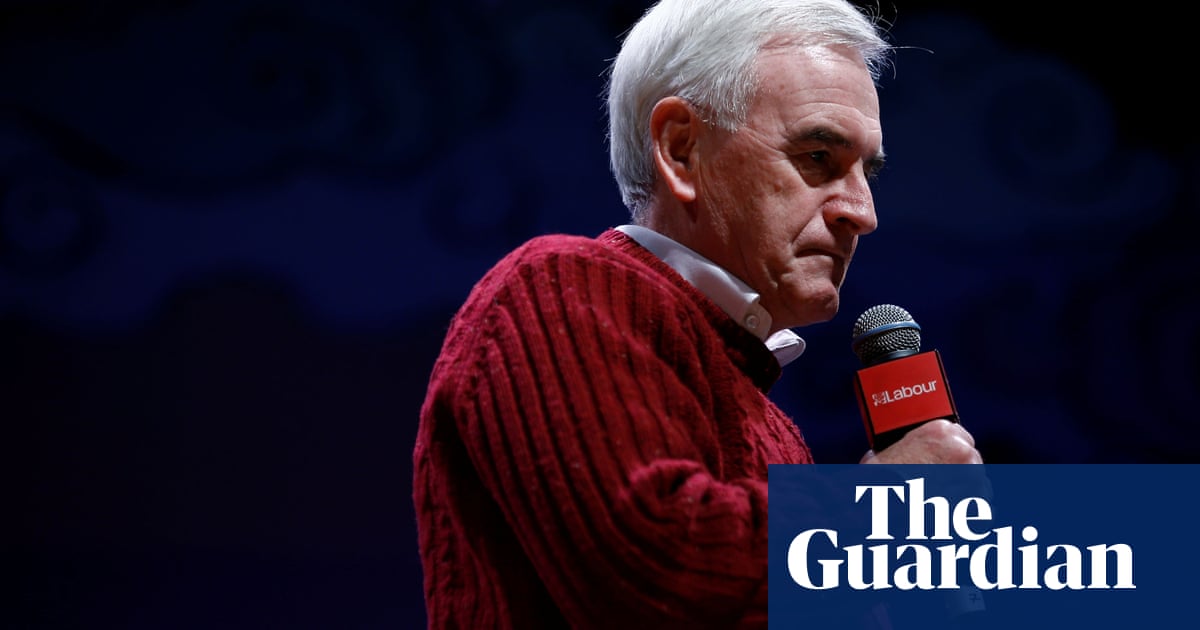 John McDonnell has said he will not return to the shadow cabinet after Labour’s worst general election result in a generation.

The shadow chancellor, seen as one of the architects of Labour’s shift to the left, has been a major figure at the top of the party since Jeremy Corbyn’s surprise 2015 leadership victory. But he had been criticised for his influence on Labour’s decision to support a second Brexit referendum, which alienated many voters in the party’s once-solid heartlands who had voted to leave the European Union.

Labour MPs should have voted for Theresa May's Brexit deal – then the party wouldn't...

Usman Khan was freed. Then he went on a killing spree. How did this happen?

Emma Thompson issued a strong warning of an impending "climate crisis" that will...

Ron Leibman -- who was known for his Tony award-winning performance in "Angels in...

A delivery driver may have been possessed by the Grinch earlier this month when...

"Deadpool" star Ryan Reynolds is sharing his thoughts on "Joker" passing his film...

Minister says transitional arrangements will definitely stop on 31 December next...

Chris Williamson blocked from standing for party along with Stephen Hepburn and...