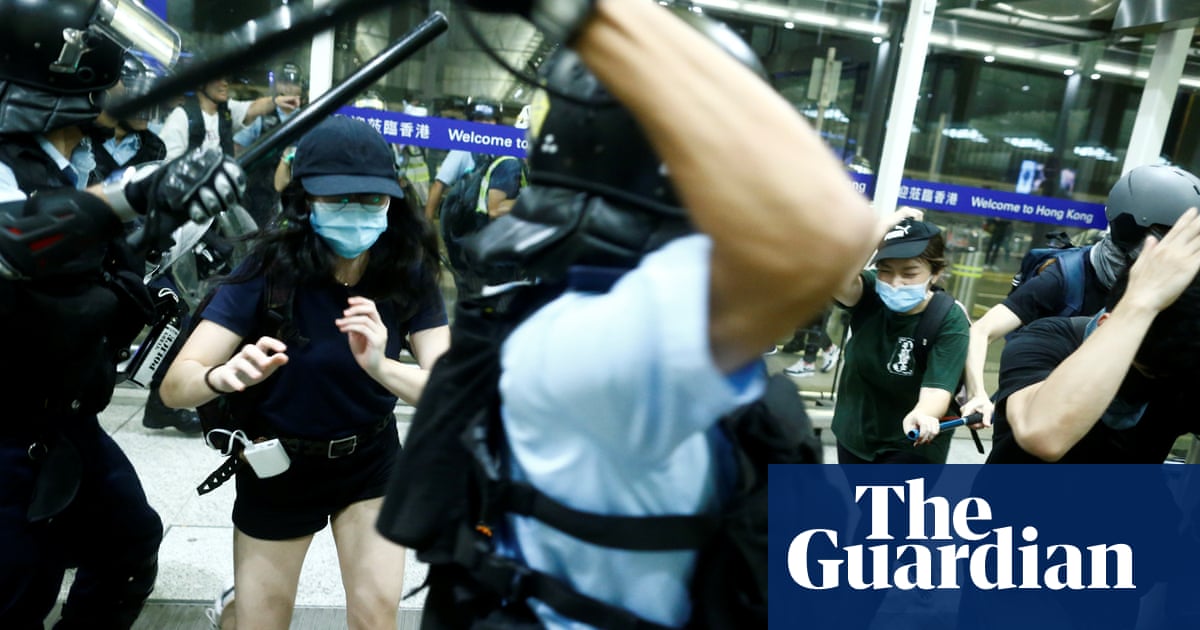 Police armed with batons and pepper spray have clashed with thousands of protestors at Hong Kong’s international airport after they blockaded the departures area of the busy international hub, forcing flights to be suspended for a second day.

After a day of largely peaceful protests, marked mostly by arguments between demonstrators and frustrated travellers, violence broke out between riot police and demonstrators after nightfall.

Doctors told to use 'least unsafe' option in Norwich hospital

6 simple ways to stop advertisers from following you online

You know that creepy feeling: When the ads you see online are so specific to what...

The California home belonging to the man believed to be the notorious Golden State...

The coolest hotels opening in January

Watch out for these six slick new stays

Angelina Jolie revealed in a new interview that she hasn't felt secure in years.

'The Next Ukraine': Trump Still Has Not Released U.S. Aid...

Sen. Chris Murphy (D-CT) may have inadvertently helped Trump by complaining about...

Mark Stephens says such strategies only work ‘if you’ve got a full answer to every...

The Bulgarian government says it has detained four soccer fans linked to making...