Jean Marie Ralph Féthière draws handgun amid chaotic scenesChery Dieu-Nalio avoids serious injury; another man woundedTwo men including an Associated Press photojournalist have been shot and injured by a Haitian senator who opened fire outside... 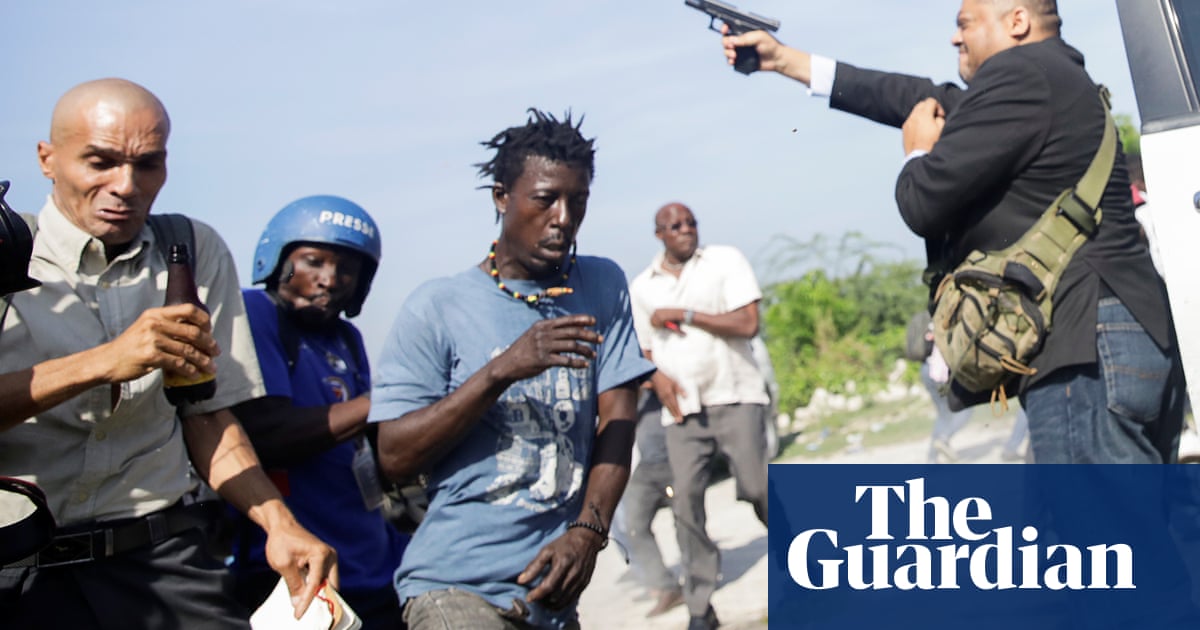 Two men including an Associated Press photojournalist have been shot and injured by a Haitian senator who opened fire outside the country’s parliament, amid chaotic scenes as the government attempts to confirm the appointment of a new prime minister.

A bullet grazed Chery Dieu-Nalio, an AP photographer, in the face, but he was not seriously wounded. Dieu-Nalio and Leon Leblanc, a security guard and driver, were taken to hospital after the incident in the country’s capital, Port-au-Prince.

Thousands of rare 'ice eggs' found on beach in Finland

Senior Tory rebels ready to back move against no-deal Brexit

Revealed: catastrophic effects of working as a Facebook moderator

Emma Thompson issued a strong warning of an impending "climate crisis" that will...

Ron Leibman -- who was known for his Tony award-winning performance in "Angels in...

A delivery driver may have been possessed by the Grinch earlier this month when...

"Deadpool" star Ryan Reynolds is sharing his thoughts on "Joker" passing his film...

Minister says transitional arrangements will definitely stop on 31 December next...

Chris Williamson blocked from standing for party along with Stephen Hepburn and...