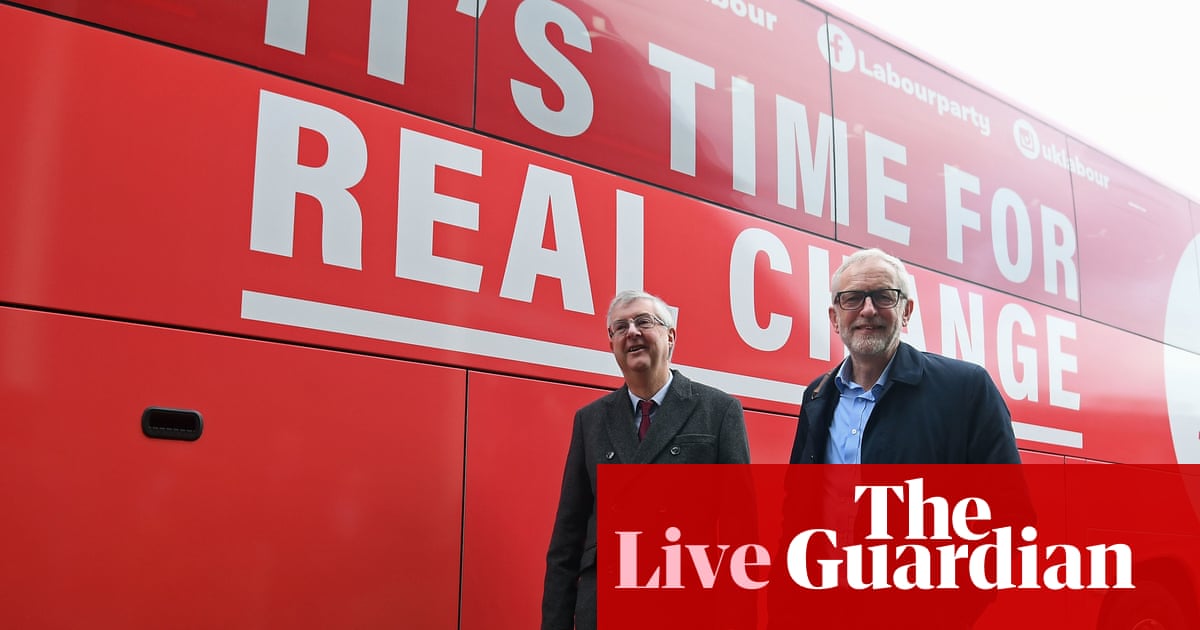 Politicians make their final pitches as the election campaign enters its final week.

Jeremy Corbyn says he was proud to go to Iain Duncan Smith’s constituency of Chingford and Woodford Green and say that a Labour government would scrap universal credit. He says we need “a real living wage” for all workers, including young workers.

On the NHS, Corbyn says that Johnson seemed annoyed yesterday when he mentioned that the Conservatives voted against its creation 41 times.

On the issue of compensating the Waspi women, he says the media often ask him how he can afford the policy. “Well I’m sorry, it’s a moral responsibility,” says Corbyn.

Johnson's Brexit would be Thatcherism on steroids, says Corbyn

Trump cancels Denmark trip after PM says Greenland is not...

President says he is postponing meeting with Mette Frederiksen because she was not...

David Harris Jr., a member of the board of the newly launched "Black Voices for...

PM Johnson given devastating warning by Nicky Morgan who...

BORIS JOHNSON received a boost from a cabinet minister who gave a rallying cry to...

Seven people, including two children, were killed on Sunday in a midair crash involving...

Pilot banned from flying for life after photo of female...

BORIS JOHNSON has received a major boost from the latest opinion poll, as the Tories...

Indian woman who planned to testify against alleged rapists...

An Indian woman was set on fire on her way to testify against two men who allegedly...

'This does seem to undermine what we all believed was a legitimate traumatic experience...

What on earth do you want? Lib Dem's confusion exposed...