Doctors and nurses to march to Buckingham Palace, where US president to dine with Queen and other leadersSign up for the election briefingTrump says US doesn’t want NHSWhat Trump said about UK election and JohnsonCorbyn expresses doubts about... 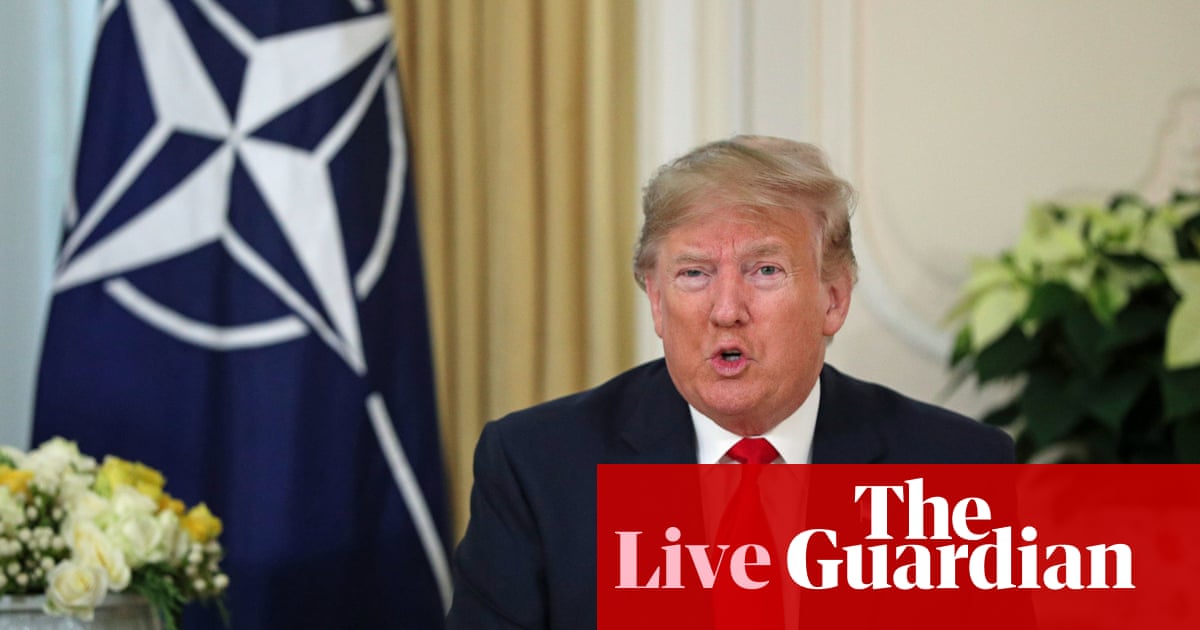 Doctors and nurses to march to Buckingham Palace, where US president to dine with Queen and other leaders

At a campaign event in Perth, where the SNP’s Pete Wishart is hoping to increase his majority of 23 votes over the Tories, I witnessed a phenomenon that it’s important to register is still ongoing: someone bursting into tears as they get a selfie with Nicola Sturgeon.

“How can you not love her?” asked a tearful June Abbott, 69, a long-time independence supporter after the first minister had apologised for making her cry. “She just feels like she’s one of us.”

My position is clear. We take action, as we did last week with a candidate [suspending Neale Hanvey, the SNP candidate for Kirkcaldy and Cowdenbeath, after allegedly antisemitic social media posts came to light] where there is a need to do that. I am not responsible for Jeremy Corbyn’s actions or lack of action, but my position on antisemitism is clear and I think for people who are worried about Corbyn on any issue, far better to have strong, progressive SNP influence on a Labour government, if there is to be a Labour government after this election, than not.

Speaking at a rally in Bassetlaw earlier Nigel Farage, the Brexit party leader, claimed that his decision to stand down candidates in Tory-held constituencies might have cost up to 24 seats. He said:

If we had stood against the Conservatives in those seats, I think you’d have seen two dozen more Liberal Democrats led by Jo Swinson.

The only reason Boris is prime minister is because, earlier this year, I had had enough. After the launch of the Brexit party in Coventry in April ... we managed to get rid of the worst prime minister we have ever seen.

Cheap ski holidays: Best deals on a budget, from beginners to experts

My paper reported the story of the boy on a hospital floor. Then online lies took over | James Mitchinson

TORNADOS are set to batter and inflict chaos across Britain, with weather warnings...

A NEW map of Mars has been released that pinpoints ice on the planet that is only...

LIB DEM candidate, Tim Walker has decided to step down from his potential seat of...

Sen. Bernie Sanders, I-Vt., is ratcheting up his condemnation of President Trump's...

NICOLA STURGEON did not rule out taking legal action against Boris Johnson if he...

Russell Crowe to miss Golden Globe Awards due to devastating...

Russell Crowe will not be in attendance of the 77th Golden Globes on Sunday due...

Americans concerned about legitimacy of 2020 election before...

A Utah family is coping with losing their dog after a vet reportedly mistakenly...