Rolling coverage of the day’s political developments, including day one of the supreme court hearing to decide on claims that the suspension of parliament was unlawfulBoris Johnson likely to lose supreme court case, says Labour 10.55am BST... 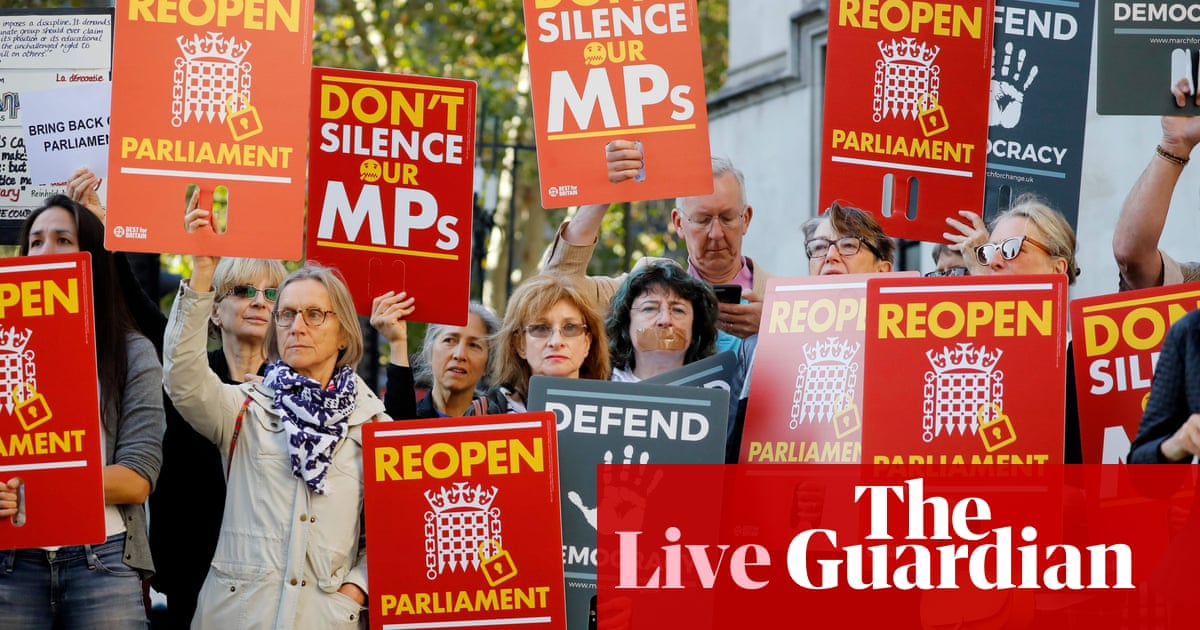 Rolling coverage of the day’s political developments, including day one of the supreme court hearing to decide on claims that the suspension of parliament was unlawful

Pannick now reads out the quote. Jacob Rees-Mogg told the Today progamme that the Queen had not discretion over prorogation. She had to do as the government advised, Rees-Mogg says.

Pannick says he is making no criticism of the Queen in these proceedings.

Pannick is now trying to find a quote from Jacob Rees-Mogg, the leader of the Commons, on the Today programme.

But the judges cannot find it in their bundle of court documents, not all of which seem to be marked up in the same way.

Israel election: Polling stations open as Netanyahu battles to hang on to power

One dead in shooting at Russian intelligence agency in Moscow

Beto: We Don't Know the Facts on Midland, but 'This Is...

People tired of being lectured about what they're allowed to laugh at.

The Portuguese was criticised for his post, which was condemned by Kick It Out and...

Severe flash flooding hit parts of east Texas on Thursday as the center of Tropical...

LEADING officials in Brussels are on edge after recent economic forecasts pointed...

IRAN'S Supreme leader Ali Khamenei has vowed to negotiate with anyone except the...