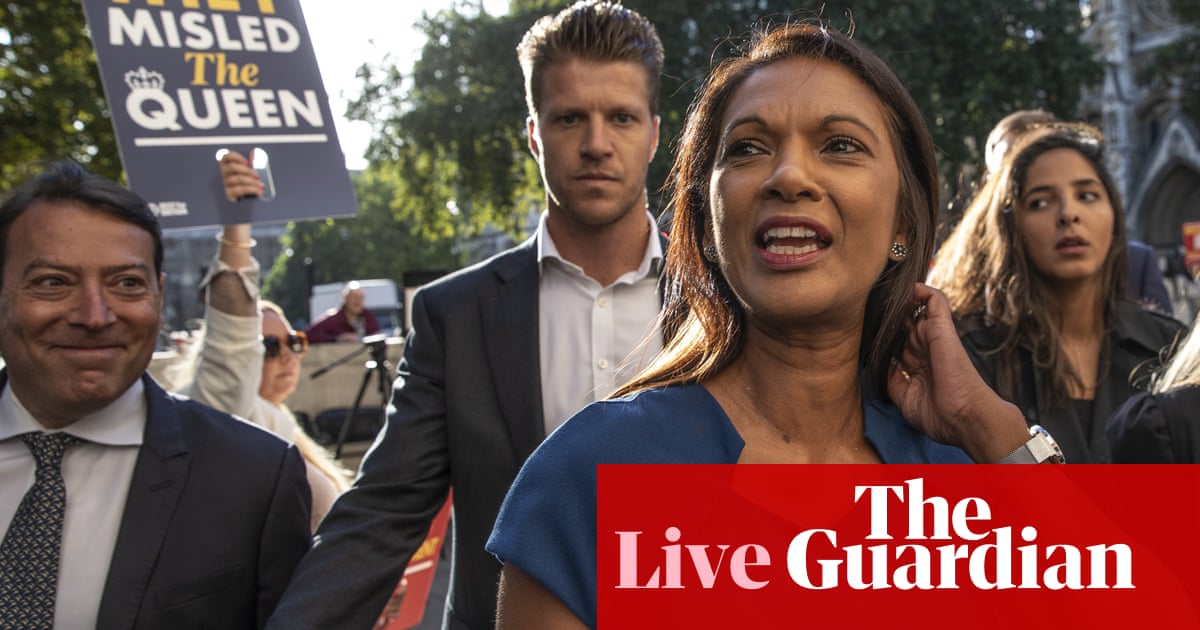 Rolling coverage of the day’s political developments, including day one of the supreme court hearing to decide on claims the suspension of parliament was unlawful

As the Press Association reports, asked whether Johnson should either give evidence or submit an affidavit to the court, the spokesman said:

I am not going to comment on an ongoing court case. The way court cases begin is that one side will set out their position and then there will be a response for the government. The court is the right forum for this to take place.

Pannick says the PM cannot have discretion as to the depth of the powers he enjoys.

Iran rules out talks with Trump, as US attempts to downplay appetite for war

Tories pretend to be factchecking service during leaders' debate

Revealed: microplastic pollution is raining down on city dwellers

Farrow said Avengers star has 'a long way to go in understanding the issue she claims...

A Mexican police officer involved in the botched operation to arrest one of drug...

A pair of NBC News journalists apologized to Andrew Yang on Friday after the 2020...

Brussels on alert as Italian MEP backs Brexit and savages...

POLICE in Carlisle say they are "exceptionally concerned" for the welfare of a man...