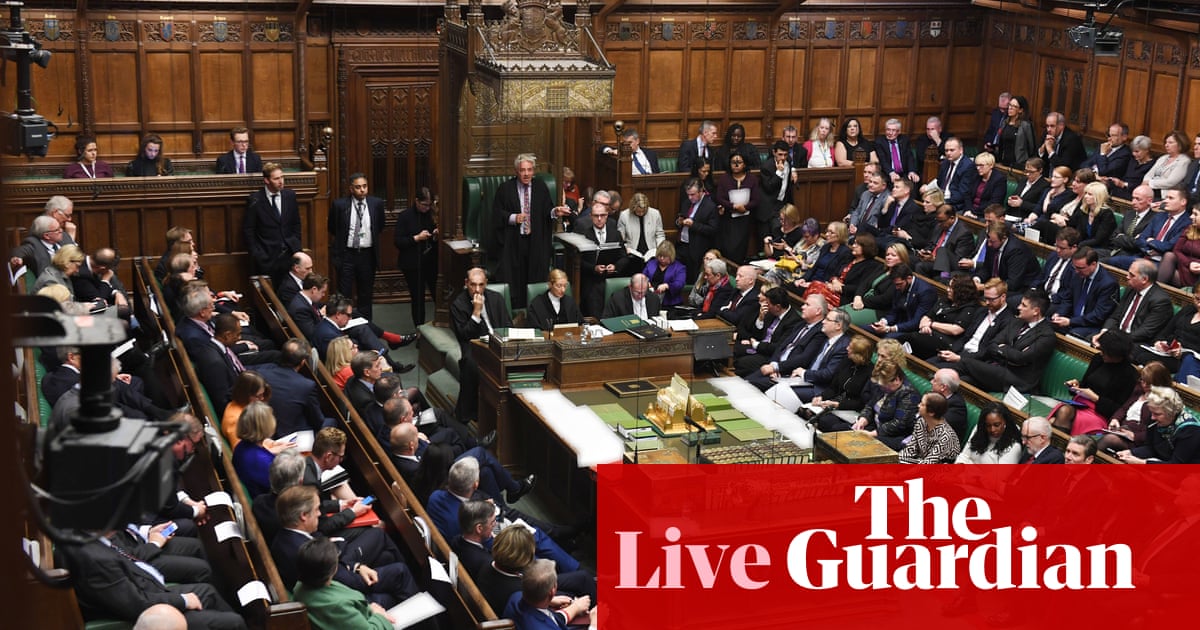 Boris Johnson is up to open the debate on the withdrawal agreement bill. (You can watch the live feed at the top of this blog.)

The prime minister says he wishes that the house had voted for the deal on Saturday, but that he still has “the utmost respect” for Oliver Letwin, though he disagrees with him.

MPs are taking their seats in preparation for the debate on the withdrawal agreement bill. Boris Johnson is set to open the debate, with Jeremy Corbyn opening for Labour.

This is the latest from Newsnight’s Nicholas Watt –

On parliamentary numbers: view in government is that there is currently a majority for second reading. On programme motion: currently two or three votes either way

POLICE made nearly 100 arrests on Sunday during the first day of the Notting Hill...

THE global death toll from the coronavirus pandemic has surged beyond 5,000 as dozens...

General Election 2019: The best photos of dogs at polling...

Viral hashtag #dogsaspollingstations returns as Brits cast their votes with the...

Lay off Justin Timberlake, his apology was more than acceptable...

Fidelity can be a challenge when you're constantly on the road. And our mistakes...

MELANIA TRUMP has recently gone viral for her greeting towards Justin Trudeau at...

More than 100,000 cancer cases could be caused by contaminants...

A toxic cocktail of chemicals found in U.S. drinking water could be the cause of...

Justin Trudeau vows to find answers over crash that killed 176 people, including...

JEREMY CORBYN dodged questions on whether he watches the Queen’s speech on Christmas...

Shen Yun Brings Tears, Joy, and a Connection for Photographer

TUCSON, Ariz.—New, unexpected, tear-jerking: that was the experience that photographer...