Brexit: 'Mother of parliaments shut down by father of lies', QC tells court in jibe at Boris Johnson – live news

Rolling coverage of the day’s political developments as they happen, including day two of the supreme court hearing to decide if Boris Johnson’s five-week suspension of parliament was lawfulLunchtime summary‘Very little time remaining’ - Summary... 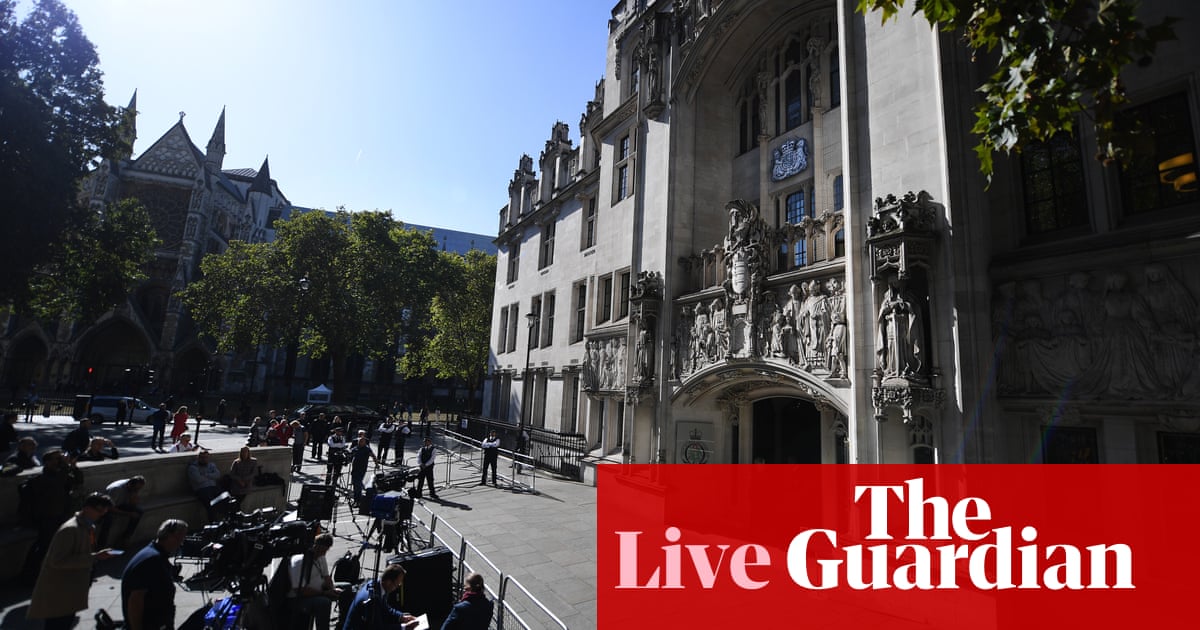 Rolling coverage of the day’s political developments as they happen, including day two of the supreme court hearing to decide if Boris Johnson’s five-week suspension of parliament was lawful

In his peroration, Aidan O’Neill also included a reference to the Dred Scott case. I’ve beefed up the post at 4.12pm to include that. You may need to refresh the page to get the update to appear.

O’Neill is winding up now. He finishes with a jibe at Boris Johnson as “the father of lies”.

I say to this court, don’t let this case be your Dred Scott moment. Instead stand up for the truth, stand up for reason, stand up for unity in diversity, stand up for parliament, stand up for democracy by dismissing this government’s appeal and uphold a constitution governed by laws and not the passing whims of men.

We’ve got here the mother of parliaments being shut down by the father of lies. Rather than allowing lies to triumph, listen to the angels of your better nature and rule that this prorogation is unlawful and an abuse of power which has been entrusted to the government.

8 best iPhone 11 and 11 pro cases that will protect your new device and still look...

'People have lost faith': support for Labour ebbs away in Blair's Sedgefield

Natasha Lyonne pulled a Nicole Kidman at the 2019 Emmys on Sunday when her awkward...

Comes with donation to USO.

Find out who’s ahead in the polls on the campaign’s final day. Over the last few...

The Trump administration has said in court that a written statement by the Secret...

Brexit LIVE: Will the DUP EVER support a Brexit deal? Arlene...

BORIS JOHNSON’S hopes of getting a Brexit deal secured ahead of today's EU summit...

Hillary Clinton on Ukraine call: Trump 'has betrayed our...

The Brave Blossoms tore through Ireland time and time again in Shizuoka, triumphing...

It's chilling to live under a prime minister who seems to me to be complicit in...