Rolling coverage of the day’s political developments as they happen, including Boris Johnson’s meeting with Leo Varadkar to discuss BrexitJohnson and Varadkar ‘agreed they could see pathway to possible deal’Full text of statement about Johnson/Varadkar... 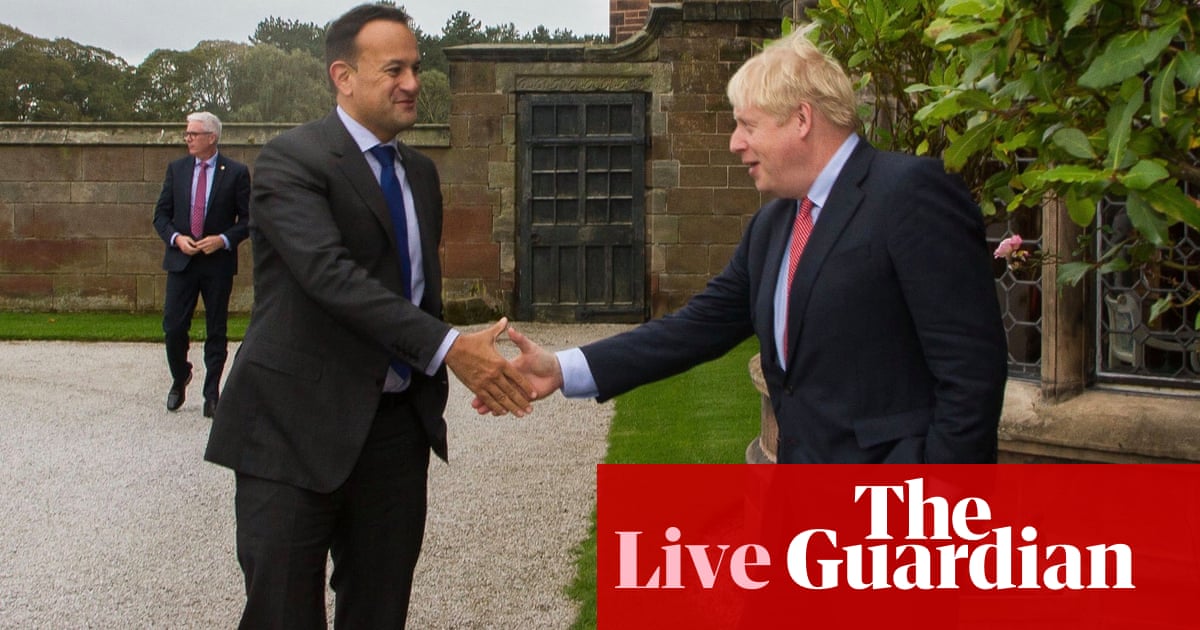 Rolling coverage of the day’s political developments as they happen, including Boris Johnson’s meeting with Leo Varadkar to discuss Brexit

This is from my colleague Lisa O’Carroll.

BREAKING: Leo Varadkar says "it is possible for us to come" to a "treaty" agreement "by the end of October.

These are from Mujtaba Rahman, the former European commission official who produces well-regarded Brexit analysis for the Eurasia consultancy.

So UK officials I've spoken to a bit more downbeat than readout from Irish times. 1/ Caution weariness on briefs of a 3h private meet between @BorisJohnson and @LeoVaradkar. 2/ Absolutely clear that UK position - that its customs territory remains intact - remains. Don't see a

Commons majority otherwise. 3/ Objective is to tee up a real negotiation between @MichelBarnier & @SteveBarclay tomorrow. UK side continues to believe that @EU_Commission holds the key. "If they want to make it work they will." So both sides still holding to core principles ENDS

Jeremy Corbyn sets out election pitch and targets another upset

UK to close door to non-English speakers and unskilled workers

Tom Watson: I quit because of Labour brutality

Brad Pitt calls his personal life a 'disaster' in candid...

JACOB Rees-Mogg has reopened his feud with Michael Heseltine, branding the former...

THOMAS COOK staff were “incredibly hurt” to see members of the senior management...

A man who spent more than three decades in an Alabama prison for a $50 robbery will...

Living in Delhi's smog is already hell and if India doesn't...

The city faces months of smog and Narendra Modi must act quickly to ensure such...

The Amy Robach video leaker is all anybody at ABC News...

An ABC News anchor suggested that the her bosses killed her story on billionaire...