Brexit: Boris Johnson to address MPs as Corbyn tells him to apologise to Queen and country – live news 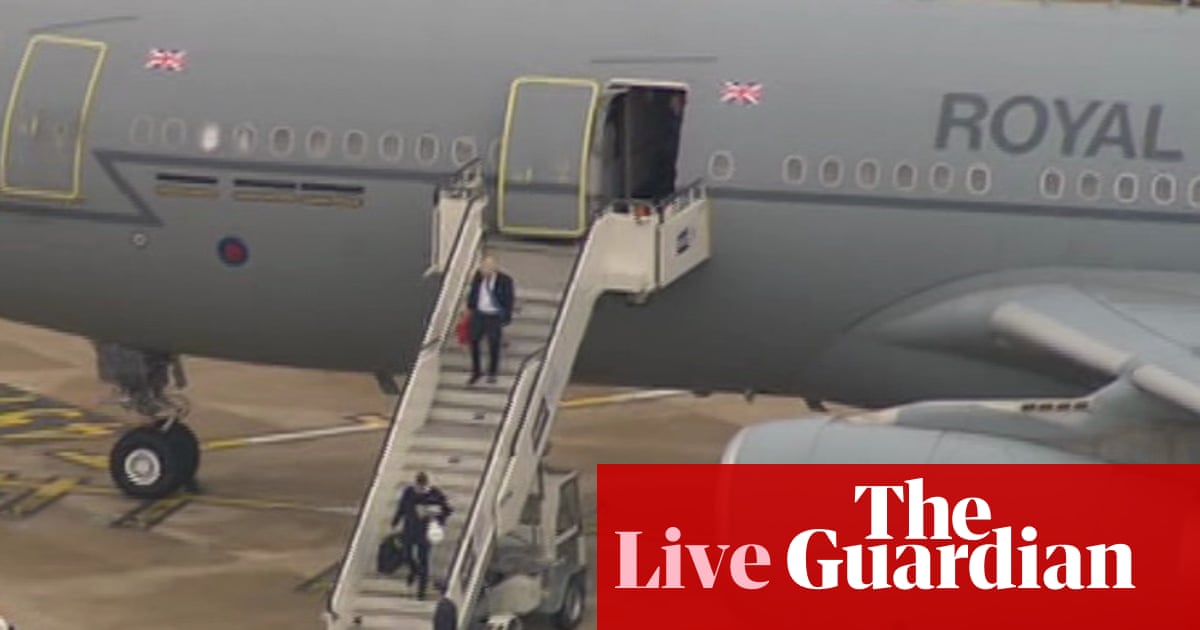 Those statements have now been confirmed.

There will be five oral statements today on:

Boris Johnson is expected to address parliament later now that he is back in the country, Sky’s Beth Rigby reports.

An MP texts: Apparently there are 44 UQ applications in for today plus one SO24
Opposition & speaker not allowing govt space for argument that we have nothing to talk about.....
Breathe deep

NEW: Hear that govt is giving five oral statements today. Fourth is the PM giving an update to parliament......

Labour source texts to tell me there are 32 UQ applications in.... so we can all relax https://t.co/4g8dNioShN

Prince Andrew to stand aside from all 230 of his patronages

Number of older people diagnosed with malnutrition trebles in a decade

How the numbers add up on Brexit deal and possible amendments

Democrats Want To Impeach Trump For What Joe Biden Did

The left is trying to frame Trump for crimes they committed.

Actress Alicia Silverstone has a bone to pick with Starbucks. The “Clueless” star...

"Golden Girls" costumes for Halloween were a huge hit, quickly selling out online...

Peter Weber is on the mend and back at work.

Chris the sheep, known for world-record amount of wool,...

A sheep in Australia who was discovered to have grown a record-breaking amount of...

The Three Lions' Euro 2020 qualifier was twice stopped after incidents of racist...